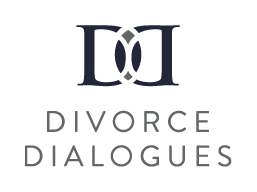 Putting Your Divorce on Pause

“It’s never too late. Put the divorce on pause, find a really strong, good therapist who knows what they’re doing, and give it a few months before you pull the plug.”

Terry Real is a renown family therapist and the bestselling author of I Don’t Want to Talk About It: Overcoming the Secret Legacy of Male Depression and How Can I Get Through to You?: Reconnecting Men and Women. Terry is the founder of the Relational Empowerment Institute, and his work has been featured on NBC Nightly News, Today, and Oprah, as well as in The New York Times, Psychology Today, and numerous academic publications. He is known for his ground-breaking work in helping transform couples on the brink of divorce.

Today, Terry joins Katherine to discuss the role of grieving your marriage in the process of letting go and the silver lining of learning that can come from the divorce process. He shares his approach to working with couples on ‘marital death’s door,’ explaining how he leverages the Relationship Intervention to get couples back on track. Listen in to find out why Terry thinks you should press the pause button and seek out emergency couples therapy before you move forward with divorce.

The pivotal role of grieving in the process of letting go

How to view divorce as a potential growth experience

How the Relationship Intervention helps couples get back on track

Terry’s take that no matter how bad a marriage is, there is always hope

The four methods of decision-making in the divorce process

‘How to Not Hate Your Husband’ in The Times

I Don’t Want to Talk About It by Terry Real